French Independent Watchmaker and Supplier to the Special Forces Units of 14 Countries. Civilians are Welcome!

RALF TECH is a proudly independent family owned watch brand created in 1996 by Frank Huyghe. It is based in Paris, France and Lajoux, Switzerland. RALF TECH watches are designed in France, developed in Switzerland and tested worldwide before going into final production. They are then manufactured in either France or Switzerland.

RALF TECH watches are the result of two cultures – French and Swiss – and a global environmental awareness. This synergy makes their watches exceptional in both their design and production.

RALF TECH carries out intensive deep-sea tests with the help of the French Navy in order to develop new technical solutions, both in terms of robustness and water resistance. This is one of the major characteristics of the brand - its watches are first tested in real conditions by those for whom they are ultimately intended.

RALF TECH is the watch manufacturer trusted by numerous military special forces around the world, as well as countless professional divers and international athletes.

RALF TECH timepieces are renowned for their legendary reliability, exceptional robustness and proven resistance to the most extreme conditions.

Ralf Tech WRB is Back with New Versions

Initially designed for French Army divers (delivered between October 2019 and June 2020), the WRB was available in only two versions for civilians. Following its success, the WRB is back this summer with a new collection of 6 different versions. The last little one is back! This second series of WRB keeps its original dimensions of 39mm diameter.

The Pirates are back! Or at least in spirit… It’s also RALF TECH’s leitmotiv; as a reminder, if needed, RALF TECH proudly expresses its values of independence and expertise by choosing alternative paths. As we know, RALF TECH has always been a brand linked to the marine world… It’s also a distinctive and irreverent brand. So why not combine these words and reincarnate them into a watch that is both classic and provocative. After the WRX and the WRV, it’s now the Academy’s turn to display the famous Jolly Roger, emblem of the greatest adventurers of the 18th century.

After 2 years of development and experimentation in the natural environment - with the assistance of the French Navy, RALF TECH has launched a new generation of WRX dive watches combining technical modifications and new finishes. These WRX are, among other things, equipped with a new “Electric” movement, new “Sandwich” dials and an innovative encapsulation system guaranteeing a real waterproofness up to 1000 certified meters.

RALF TECH is a family owned brand created by professional diver Frank Huyghe in 1996. Before designing their first watches, RALF TECH was dedicated to manufacturing diving equipment for both civil and military professionals, including the French Navy - equipping their combat swimmers with RALF TECH  diving equipment which they found to be reliable enough to meet the challenging requirements of their missions. The brand's shift towards watchmaking began in 2003 with the WR project.

In 2005 RALF TECH specially designed a watch for the world record dive by Pascal Bernabé. This watch was aptly named WR1 (World Record 1). Off the coast of Corsica on July 5th, 2005 Pascal Bernabé set a new world record for the deepest scuba dive - three hundred and thirty meters. With the ascent back to the surface lasting more than nine hours, pause after pause, alone in complete darkness. To calculate decompression times, Pascal used two dive computers and a watch… a RALF TECH WR1. No other watch has ever been able to rival it since the record set by RALF TECH on July 5th, 2005.

A second watch followed, the WRK1, and 330 watches were made to commemorate the 330 meters reached during the world record dive in the previous year. In 2006, the watchmaking world discovered this “out of the ordinary” company which, at its first attempt, shattered the world record for scuba diving. No watch ever before had gone so deep in the world of diving.

The interest aroused by the success of the WR1 and WRK1, not only in the world of diving but also among watch collectors, was immediate. As nature ran its course, two passions were now linked, that of scuba diving and watchmaking. Frank Huyghe decided in 2008 that RALF TECH would cease its other diving equipment activities and would devote itself exclusively to watchmaking with the ambitious project of designing, developing, manufacturing and distributing timepieces with character, both accurate, reliable, and robust, tested by professionals.

In 2010, the French Navy's Commando Hubert operators tested a RALF TECH watch model, the new WRX, during one of their missions in treacherous outdoor terrain. They had helped to develop the RALF TECH WRX in response to specific operational difficulties.

In a mountainous environment, with ever changing weather conditions and particularly violent terrain, the watch proved its solidity, reliability, and its water-resistance (not only to water but also to sand and mud).

The extreme world in which the first RALF TECH WRX watch was born foreshadowed the extreme uses that one encounters in an outdoor terrain, on land or at sea.

Since then, the RALF TECH WRX has equipped most of the French Special Forces units as well as the elite units of the French National Police and the Police Brigade.

Switzerland, Great Britain and Italy – among many others, have also equipped some of their Special Forces units with RALF TECH watches. Mostly with the WRX model but also the WRV and the new WRB watches. In addition, RALF TECH has a NATO approval number allowing their watches to be supplied to the military in countries that are members of NATO.

Experience From The Best

Being born in the depths of the ocean, RALF TECH naturally became a precursor in developing watches used in extreme conditions, both on land and at sea.

Even before designing its very first watch, RALF TECH was already equipping the French Navy and its combat swimmers with diving equipment, who trusted the brand and who found the reliability needed to meet the requirements and challenges of their missions.

In 2010, the operators of the French special forces tested a RALF TECH watch model during a mission in Afghanistan, which they helped develop in order to address specific needs. That watch is the WRX. In a mountainous environment, with extreme temperatures and in a particularly violent terrain, the watch proved its solidity, legibility, autonomy and water-resistance (with not only water but also with dust and sand).

Since 2019 the French Navy has authorized RALF TECH to use the famous acronym "MN" followed by the year of issue on the back of the watches for special forces combat swimmers. Such is the legitimate and appreciated recognition for RALF TECH, which has long maintained close ties with this institute. 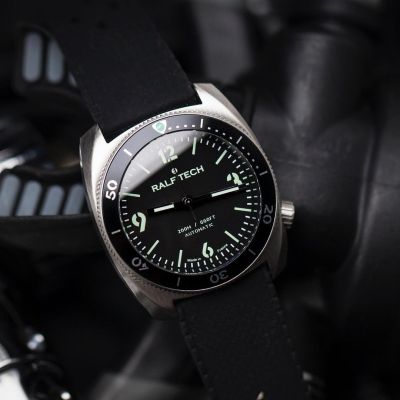 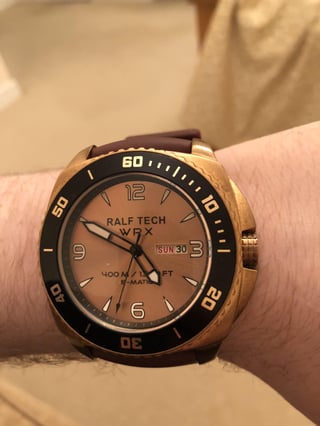 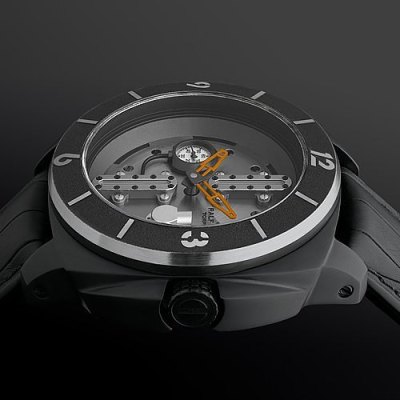 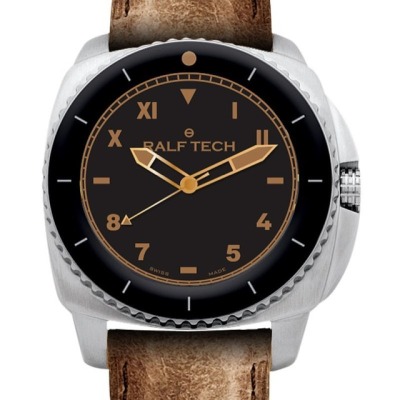 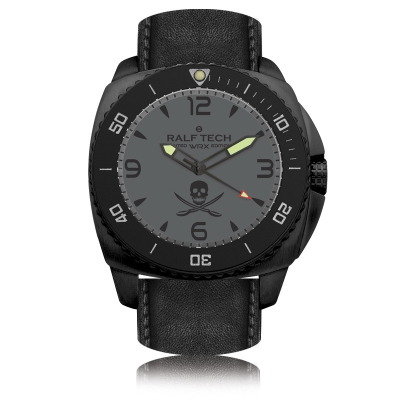 Covid-19 Impact: DHL Express services are experiencing only minor delays. However, international postage is delayed due to limited availability of international flights. If you do not qualify for free freight and need your parcel faster, please choose DHL Express instead of Australia Post in the shipping option on checkout.